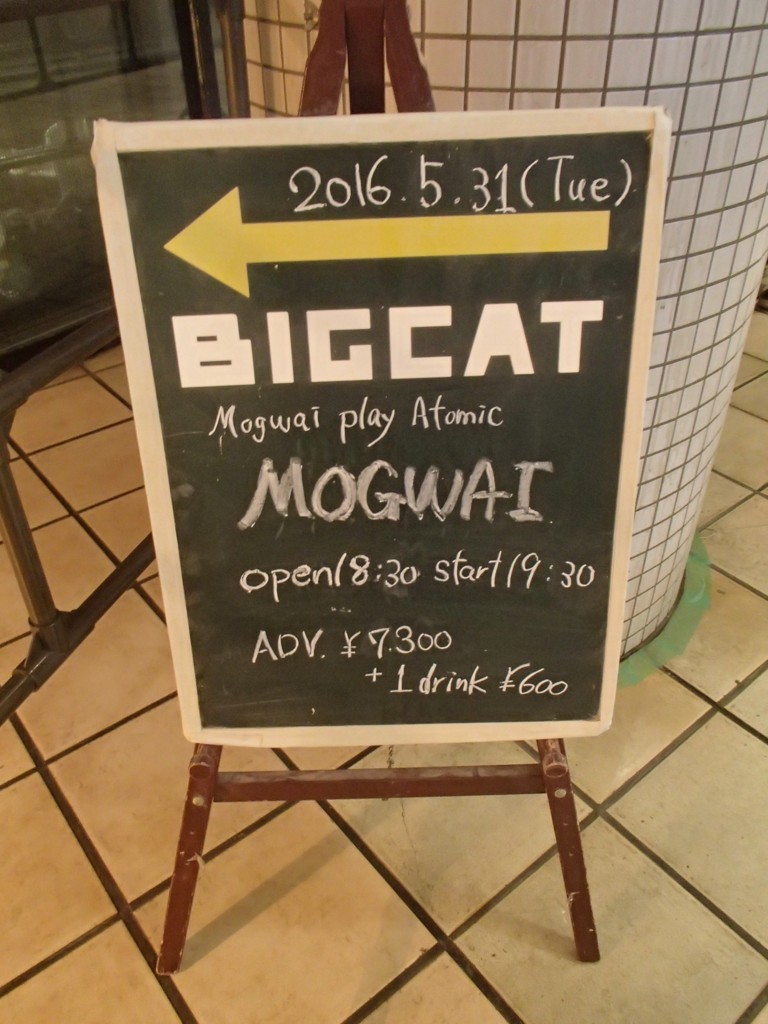 There are many shocking image in movie. Also music is emphasis the dark/heavy side of Mogwai’s sound. This experience make my heart feel very tight, more than hearing to soundtrack CD.
But at the same time, it was very interesting, and impress me a lot.

It was the drastic live show, other meaning with loud noise guitar. No one lough after the live show. It was sight I never seen on other live.

Movie show the fear of atomic, but in same time, it show the evolution of physic and knowledge come from atomic. Not only the critics.
But Mogwai’s music is heavy from the start to the end. It’s not the simple easygoing soundtrack. Music give meaning to movie.

The loud guitar noise, as known as big appeal point for Mogwai, are continuous noise. Not the instant explosive noise. It was like an AIR or ATMOSPHERE. Which exist everywhere.
Noise not simply link to loud sound = atomic bomb. Grittiness of people in demo, keen sense of a cold war, the world changing by science…many things link to the energy of loud noise. It was the soundtrack which only Mogwai can create.

The first half has a space between the sounds. As it come to the last half of film, loud noise spread to entire site. Noise rumble beside you. Always.
I feel that it become the world would eternally exist the “Atomic Power”. Not just an “Atomic Bomb”. This is the number one meaning to “Experience” the Mogwai play Atomic.

In the end of world change film and sound, there was an end credit.
Stuart, who was on sheet from star, has stand up and strum the magnificent loud guitar noise. Loud and aggressive like

Show has not only describe the fear of atomic. I feel that “If we start an action, something will would be change”. Maybe it is because, we can see the force of human and grittiness in film, and sound.

It was rare show and rare experience, and I have fun on it. Maybe this is strange expression for this show.
I feel the destiny that the show in Japan held right after the Obama has speech at Hiroshima. And also this day was super Mars (Mars has come closest to Earth)

After Mogwai play Atomic, there was discussion both for and against.

Many people criticize about “no loud noise guitar”.
But I think this is not right. To say accurate, there was no “Beautiful / easy hearing loud noise” or “no switching from silence to loud”. Which will be the image of Mogwai sound.
More to say, there are loud noise on every second ad last half. Or I can my feeling has covered by noise.

Some people criticize on the content and massage of film. They said music band should not make these kind of message. But this could be cause from misunderstanding that film are also created by Mogwai. Although it has created by BBC, and Mogwai only create the Soundtrack.

I think the live agent “Smash” mistake how they explain this live show.
In website, they wrote “Mogwai will play new released

After the entire live show has end, “LES CHAMPS-ELYSEES -” has start to play as BGM. This goodwill music make my heart and feeling saved. I love this show include this last BGM.